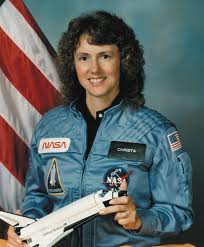 In this winter, 1986, we, as children from New Hampshire, followed along as a teacher from our state, Christa McAuliffe, was chosen from thousands to become a member of the space program. With curious spirit, we watched, some more attentively than others, Ken in the more category, as Mrs. McAuliffe trained with the astronauts, taught from NASA, down in Florida, and at every opportunity, embedded her pervasive smile into our memories never to be removed, not until death, and if we live beyond the grave, I’m sure it will persist. It is a solemn promise that no child from that time can deny.

On that day, we were let out of school early. I remember Ken being especially struck by the disaster. I was hurt, sure. I was still learning, processing life and death. What was I thinking about, I wish I knew. And what better way to drown our sorrows than a marathon session of electric football.

“I think I’m gonna get some more teams for football. Maybe the Cowboys or the Dolphins,” I said as we walked along the road, ignoring the cherry trees as we went.

So I said, “So you wanna play electric football when we get home?”

“We got almost the whole day. You don’t wanna play?”

I went home and drowned myself in something else, maybe Coleco Vision. I could hear the news in the other room surmising what could have gone wrong with the Challenger. I turned up my video games. I wasn’t ready to deal with things. I was hoping they were all okay, that maybe they had survived somehow. Perhaps one of the parts from the wreckage was a safe little cockpit type compartment and they were all just waiting it out in there until someone came to rescue them. I just didn’t think, within a blink they were gone, that Christa was gone. Someone with that smile, and that thirst for life and knowledge, which might be one in the same, could be suddenly ripped away from existence.

I gave Ken a week or so. I thought that’d be sufficient. I had gone over a couple times during the week, but steered clear from the whole electronic football game. In fact we steered clear of most games. Ken preferred to listen in on the news playing in the other room, and even go out there and watch it. I would be sitting on the couch next to him as he gleaned whatever information he hadn’t yet discovered in previous newscasts. I was bored.

After the week, I asked him again, on our way home from school. And he only thought about it for a second or two and then said, “I don’t know if I’m gonna be able to play anymore,” referring to electric football.

“I don’t know. I think it might be that the football players in that game, with their helmets and uniforms, kind of look like astronauts.”

And I steadily started to realize something. Perhaps Ken was never gonna get over this. Something was grabbed out of his heart on that day the Challenger exploded. Some sort of innocence. It was grabbed out of all of us. And things were never the same.

I love you, Christa.
Email ThisBlogThis!Share to TwitterShare to FacebookShare to Pinterest
Labels: mtd memoriam