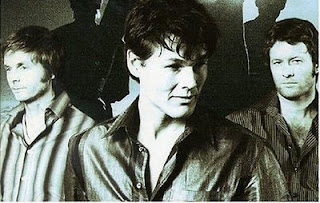 Thanks for checking me out! The following is an article about the band, A-ha. This is the latest installment of bands I think you should give a second or third listen to. I like a lot of music, but the 80’s are where my heart is.

I have to say that it is a minor tragedy that US radio censored you from this incredible group. After A-ha’s smash hit “Take On Me” in the middle of the 1980’s, American DJs, in their typical way, seemed to sweep them under the rug. They did a song for the James Bond film The Living Daylights and then mysteriously seemed to disappear.

The truth is, they never disappeared. They’ve continued to have a following all over the world. They even managed to set the record for the largest attended concert of all time! Now, does that sound like a one-hit-wonder to you?

When I was a kid, growing up in the 80’s, I didn’t have much money (well that much hasn’t changed, anyway…) and since I was born with an insatiable love of music, in order to feed this addiction, I was forced to frequent the bargain bins at the local Bradley’s or K-Mart. This was a bin full of tapes for a buck or two, a price range I could handle on 5 bucks a week allowance. On one of these occasions, I picked up A-ha’s Scoundrel Days. I remembered the band, of course, from “Take On Me”, and even was a little annoyed when I got home and realized that the song wasn’t even on that tape. However, this purchase would prove to be one of the best purchases of my life!

The first side of Scoundrel Days is simply incredible. From the beginning title track, to the end, the manic synthesizers, driving sound and mesmerizing vocals captivated me. Even today, and this is no exaggeration, I would consider Morten Harket, to be one of my all-time favorite vocalists. That puts Harket in company with such immortal singers as Sam Cooke, David Ruffin (The Temptations), and nowadays, Chris Cornell (Soundgarden, Audioslave). Harket’s voice is so powerful, and yet ethereal, almost angelic, like maybe how a real kick-ass angel would sound. That movie, Dogma, comes to mind. So does Ben Afleck- yuck! I’ll leave that for another article.

The next A-ha album I came across was East of the Sun, West of the Moon. This was a departure from A-ha’s synth-driven stuff. More stripped down and guitar dominated, with almost a gospel or soulful feel. Even with the almost 180 degree change in style, through the power of Harket’s voice, most of the songs on this album came across as equally compelling, like for instance, “Crying in the Rain”, “Early Morning”, “I Call Your Name”, and “Rolling Thunder”.

So, why not discover what the rest of the world seems to have enjoyed for a long time? Give an open ear to A-Ha, and I’m sure, if you love the 80’s, or just love good music and incredible singing, you won’t be disappointed.