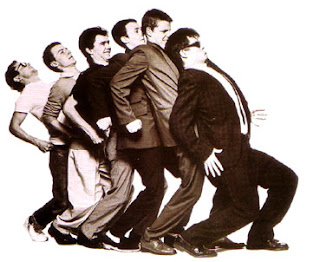 How’s it going? Welcome to my music series. This is my chance to open up eyes to some obscure music I think everyone should hear. I’m into all kinds of music but my favorite is 80’s music. I LOVE IT!!!

If you were alive in the 80’s I’m sure you’ve heard of the band, Madness. They had that mega hit in the early part of the decade with “Our House”. What a silly song and video!

About 10 years ago, I watched a behind the music or rockumentary on No Doubt. And they mentioned that one of their biggest influences was Madness. Of course, now, after hearing a good sampling of Madness myself, it’s pretty obvious the connection.

I also heard over time that Madness had a much longer career in England. Spanning the entire decade, not just the one hit, “Our House”. Could it be that Madness was yet another one-hit-wonder forced to stay that and only that? This has been a growing theory of mine on the subject. Don’t get me wrong, some groups, especially from the 80’s were rightfully tagged as one hit wonders. But this isn’t a fair assumption on many bands' behalves. And that would definitely be the case with Madness.

I purchased Madness’ greatest hits and found a couple songs I liked, sure. Right away, I liked “It Must Be Love”, “Baggy Trousers” and “My Girl” enough even to warrant the purchase. But then, after a few more listenings, something strange started happening. I found myself going through the day singing song after song from the album. Was it possible, I was going mad? This next wave of songs I liked on the album were “Night Boat to Cairo”, “House of Fun”, and “You’re an Embarrassment”. Basically, by this point, I was completely mad.

Recently, I started watching their videos on Youtube, and let me tell you, talk about instant 80’s flashback. All the kids running around in the “Baggy Trousers” and “House of Fun” videos could have easily been me and my friends. Loved this strange little trip down memory lane.

So, you think you wanna go mad, too? How could you not? Seriously? Or not seriously?